They heard New Zealand survived, but that was in a future that I was there.
Now that I am not due to them spiritually calling me back to my home state, California, from Tahiti, New Zealand would not have the same protection.

The scanners that few the island before were part of my Kingdom. I did not return and so they have left.

Those hidden by state secrets, who tried to kill me the month I returned to San Diego, have now given a coordinated attack July 20th, 2021 (the 2nd) 11:00pm until midnight. Those hidden in New Zealand, locals here in California who have temporarily left the state. An Entire planet of ravers - loving each other and seeking a more awake society however using the facist chauvinist methods they are turned off by, and of course the spiritual pure and awake who were done wrong by any of those before and told that it was Jerad’s fault.

The reality however, was that Jerad is still unaware of what the hell they are doing and what is going on.
He does, however, know that there is very little he can do. Most of the big events were already done by those who play while Jerad sleeps and when they make a mistake or find a level they cannot pass, they show the video to Jerad so that he can believe he is responsible or Jerad can get them past a specific problem.

Dead People from the future rulling the planet.

Now, as I face my 30th+ attempt on my life I can’t take this place anymore.

Safe in paradise mid 2019, I was living the dream. An island boy with local friends, fish and family. Then, out of now where my wife errupts about an old foe that should no longer be in our hair - “my sisters friends”

Shortly afterwards, I found myself being drawn back to my homeland using spiritual methods that were used to get me back to California. But Why…. ?

Something big had been happening these last 9 years. Multiple times over 1 was named and 1 was sought. Each time it ended a reset was in order.

For the first time some guy had been selected. No one wanted this guy to lead them and they opted to not talk to him and make their own team. This goes for each person that knew about this.
So now the resources for one group to save the species and planet was broken into multiple groups each with a member from the original group.
All but the guy chosen to lead knew about this.

Now comes the discussion to be had.

All expecting a particular leader sought that one in order to reach the group or whom they were supposed to meet.

Many made it to him, however, he was never … 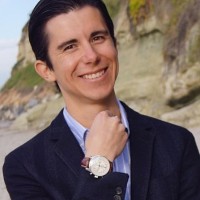